← more from
Five Easy Pieces
Get fresh music recommendations delivered to your inbox every Friday. 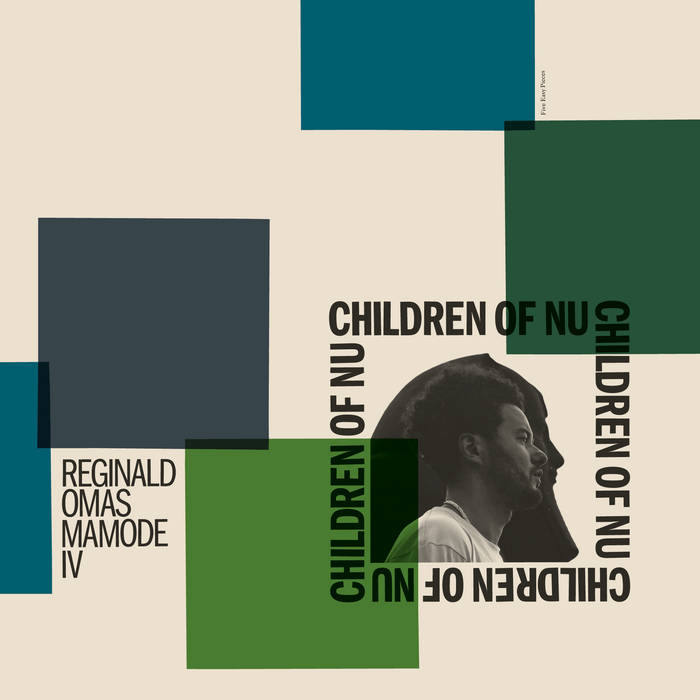 The 20 track album draws influence from the world around us, everyday life. As we witness rising poverty, global events, political and ethnic divisions - these factors prompt some of Reginald’s themes and call for humanity to recognise we are all interconnected.

“We are all related. We're all brothers and sisters with common ancestry, common history and a common origin regardless of race, geographic location or belief systems. Love and compassion are universal feelings/practices we all should embrace and apply to all aspects of our lives, our interactions and our relationships, regardless of the kinship”.
- Reginald Omas Mamode IV

‘Children Of Nu’ encompasses Reginald’s musical and sonic influences - Afro Roots music through to jazz and soul. It draws from Africa as much as the west, an attempt to make a record
that can exist in many contexts; the present, the future and past.

Recorded with freedom - most tracks remain from the first take - the process of creating ‘Children Of Nu’ was an open ended development from a natural, intuitive, starting point. Made with minimal thought of how tracks would end up, the music was led through the creative process. Born of a moment, each track is an attempt to capture that instance, mood, feeling or subject.

Last year’s self-titled debut album was warmly received, collecting critical success including Mojo (“A brand-new-retro delight”), Mixmag (“Peckham beat brilliance”), Record Collector (“Equal parts D’Angelo to J Dilla”), The Wire (“Soul music turned all the way inward”) and a Bandcamp Album of the Day (“Breathing lifeforms that are equally steeped in hip-hop, funk, soul and jazz”). It was also nominated for ‘Album of the Year’ at Gilles Peterson’s Worldwide Awards 2017.

Along with Mo Kolours, Jeen Bassa, Henry Wu, Al Dobson Jr and Tenderlonious; he’s helped forge in the 22a co-operative that The FADER calls “a kaleidoscopic patchwork of hip-hop, house, and groove investigations bound by one thread: a timeless belief in rhythm as a universal language”.

Bandcamp Daily  your guide to the world of Bandcamp

Damu The Fudgemunk shares his recent collab with Def Pressé, plus jams from Common and more